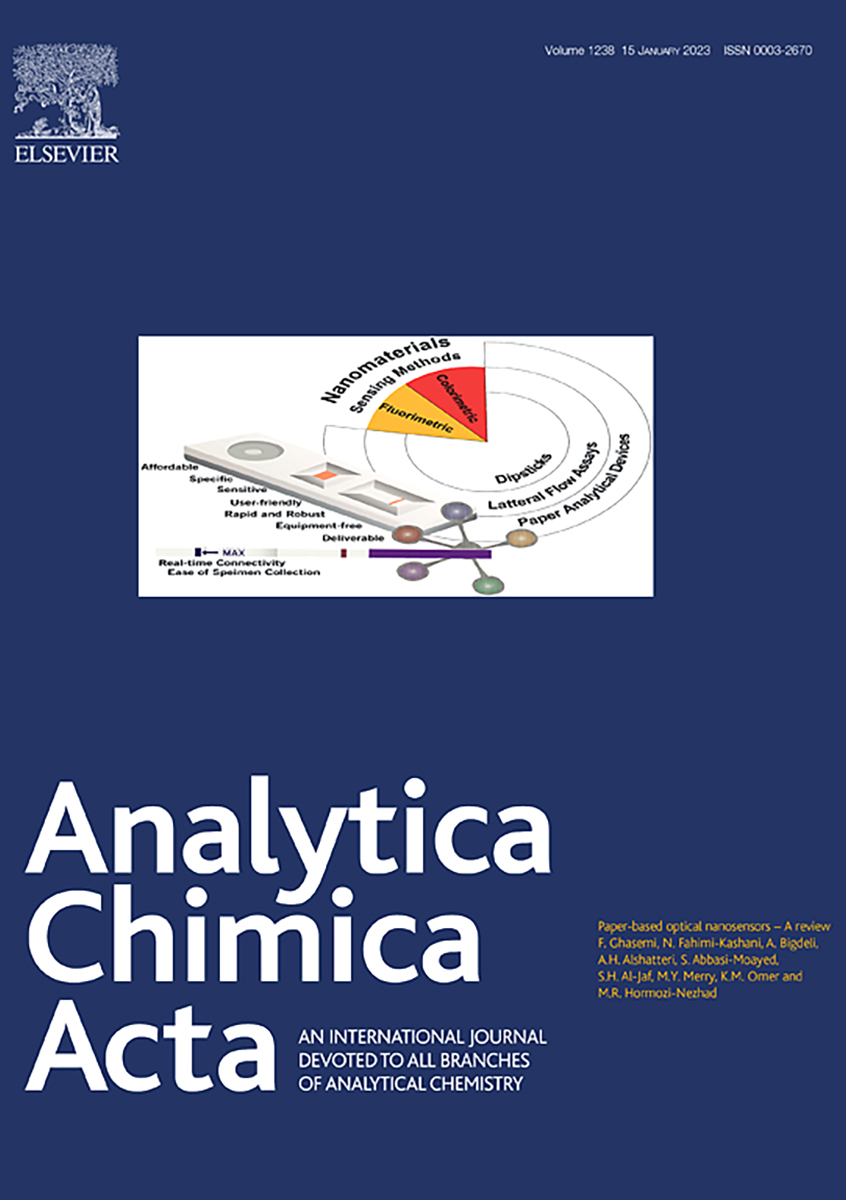 The metabolic balance of the cell, the creation of cellular components, and the control of protein activity are all impacted by phosphorylated adenosine derivatives, which are significant biological substances. These compounds can be measured to learn more about both the amount of microbes in the environment and how cells signal within the body. Scientists describe the adenosine monophosphate (AMP) biosensor in the paper «SERS-based biosensor with Raman-active external responsive element for rapid determination of adenosine monophosphate», published in Analytica Chimica Acta.

Authors created a quick and easy SERS-based aptasensor using a new Raman-active dye called BHQ-2-(NH2)2 (see Fig. 1C). The main concept of their sensor is to determine the AMP content detecting the SERS-spectrum of the Raman-active dye. If the dye comes close to the SERS-active surface (surface of silver colloidal nanoparticles), SERS spectra can be registered. Researchers manufactured the biosensor in the following way (illustrated in Fig. 1A): the thiolated AMP aptamer was used to initially modify the silver nanoparticles; then nanoparticles were mixed with AMP; after incubation the BHQ-2-(NH2)2 was added to the mixture; at last the nanoparticles aggregated, producing AMP-dependent SERS spectra of BHQ-2-(NH2)2. Figure 1B depicts the proposed aptasensor's working theory. The process entails four steps: preparing nanoparticles modified with an AMP aptamer, adding analytes and Raman reporter molecules, allowing particles to aggregate in the presence of salt, and detecting SERS signals. Scientists anticipate that the suggested method will present opportunities for increasing the detection limit of SERS-based aptasensors. 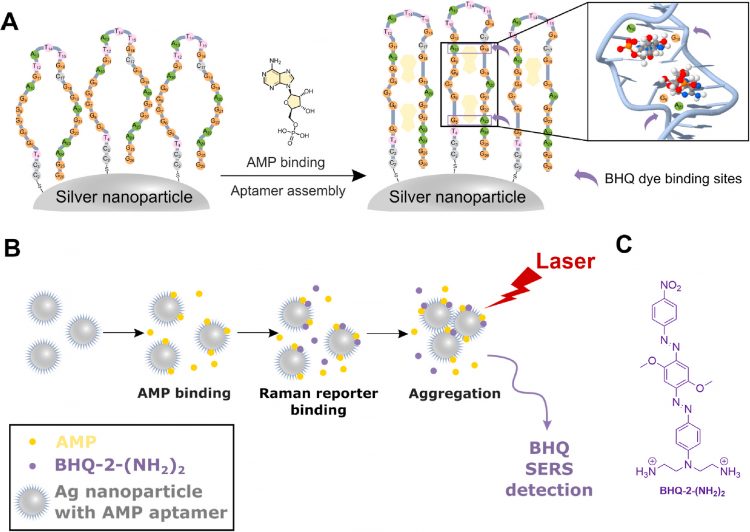 Figure 1. A schematic representation of the aptamer assembly upon interaction with two AMP molecules and BHQ-2-(NH2)2 as an external responsive element that provides an analyte-dependent SERS signal (A) as well as the operating principle of the proposed biosensor (B). A chemical formula of BHQ-2-(NH2)2 (C). Adopted from here.